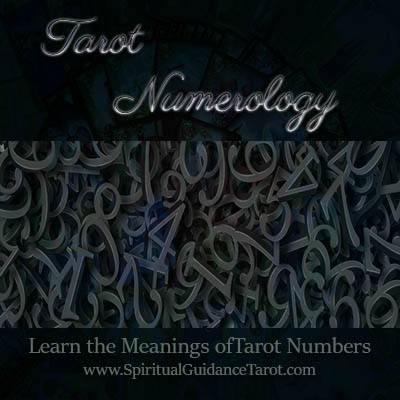 Every Tarot card has a number. The major arcana has roman numerals from 0 to 21 or from 1 to 22 depending on the deck you use. In the minor arcana, the Aces signify the number 1.

There are cards 1 – 9 and then four court cards. When looking into repeat numbers and multiple number patterns in a spread these tend to be the cards I pay the most attention to.

Let’s say you have a 5 card spread and in this spread, you have two cards with the number 3 on them. This means that the number 3 is dominant in that spread and you should also consider the numerology meanings of this number as well as the overall theme of the card itself.

Sometimes this will stand out ever further. What if you do a spread and draw three 3’s in a row? Not only do you have 3 of the same numbered card “3”, but also in succession. Wow, that doesn’t happen often, but it would be a definite clue that the number 3 is playing a big secondary role in that reading.

So, to further enhance your Tarot knowledge what follows is an overview of the numbers in Tarot and what they signify. Consider these meanings when you see certain numbers pop up in abundance.

I also have posts that cover each number in more detail.

I treat Tarot numbers as I do Numerology charts. In numerology, we break down a number until it is a single digit. So for example, say you draw the Devil card – his number is XV which is 15. In numerology, we would add the 1 and 5 together to reduce down to a single digit: 6. If you had the Devil card in your spread and a couple of the six cards from the minor arcana you’d also consider the meaning of the number 6.

Learn more about Numerology at Soul Numerology This site features free Numerology lessons, free readings, and information on how to do numerology charts for self and others.